Beauveria bassiana: What about the bees?

The effect of Beauvitech on nature’s little helpers

By John Ogechah and Cory Smit 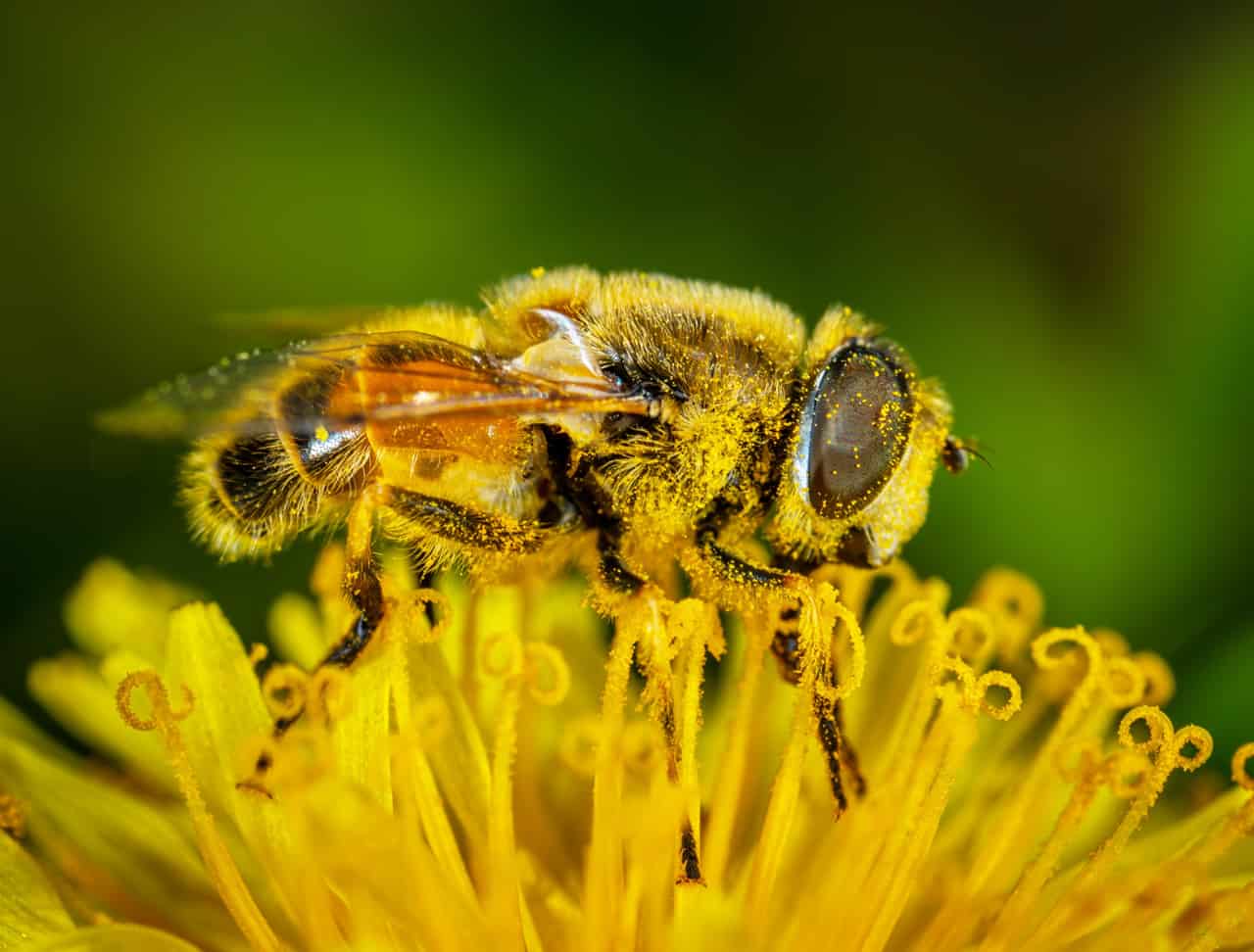 Beauveria bassiana is a well-known soil-dwelling entomopathogenic (insect-killing) fungus found all over the world. For more than 100 years, tons of B. bassiana spores (e.g. Beauvitech®) have been commercially produced and used for biological control of insect pests worldwide. Growers have come to rely on this clever biological action known as white muscardine disease as a major player in chemical-free pest control.

Following increased interest in biocontrol of pest insects between 1980 and 1990, safety aspects were raised and discussed in great detail. Burges (1981) outlined the main principles and guidelines for testing the safety of insect pathogens and “that a pathogen should be registered as safe when there is reasonable evidence that it is so and in the absence of concrete evidence that it is not. A “no risk” situation does not exist, certainly not with chemical pesticides, and even with biological agents one cannot absolutely prove a negative.”

The commercial use of entomopathogenic fungi and their products as mycoinsecticides (fungus-based insecticides), therefore, necessitates their registration based on certain safety guidelines. Beauveria bassiana is indeed registered in several countries and proof of safety to non-target organisms such as mammals, fish, amphibia, birds, pollinators etc is an important requirement before registration.

Still, the lingering question posed by farmers and indeed the greater society is “What about the bees?” In other words, how safe are mycoinsecticides and, specifically, Beauveria bassiana to these little helpers of nature?

There are numerous peer-reviewed papers on the effect of B. bassiana on honeybees and other beneficial organisms. Examples are presented in Table I below. Notable is the fact that most of the studies were done in the laboratory and only a few in the field.

The vast majority of the studies done on bees conclude that despite the wide host range of B. bassiana, this fungus can be used with minimal impact on honeybees and other non-target organisms. Some experiments showed that B. Bassiana can be blown directly into hives to manage Varroa destructor mites (Acari: Varroidae) without a negative effect on the bee colonies (Miekle et al., 2008; Rodríguez et al. 2009). Another set of experiments looked at using honeybees to distribute B. bassiana spores directly to crop flowers and foliage (Almazra’awi et al. 2006). Similarly, no adverse effects on the bees were reported.

In one case, however, Almazra’awi (2007) reports that B. bassiana strains caused high mortality in caged bees dusted with dry formulations of high concentrations (10⁸-10⁹ CFUg-1). Interestingly, in the same paper (Almazra’awi, 2007), exposure of whole beehives under field conditions resulted in low mortality that was not different from the controls regardless of the isolate tested. This points to the difference between the physiological host range and the ecological host range (Hajek & Butler 2000).

We conclude that despite the wide host range of B. bassiana, evidence to date suggests that this fungus can be used with minimal impact on non-target organisms, especially when isolate selection and spacio-temporal factors are taken into consideration. Our answer is unwavering: Beauveria bassiana (Beauvitech®) has no negative effect on honeybees (Apis mellifera) in normal field conditions. In fact, there are numerous examples of benefits B. bassiana can have with and for bees.