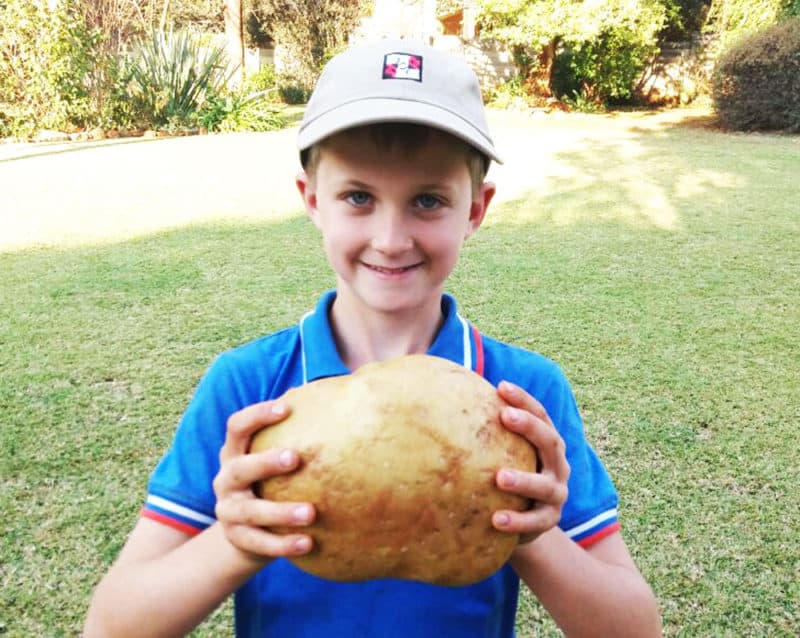 Meet David, a loyal Dudutech supporter who enjoys helping his father with farming work in Zimbabwe. David and his father were offloading a shipment from farmer, Gareth Palmer, when they came across this 1.88kg potato! Gareth’s biggest potato weighed 2.08kgs!