Whiteflies are tiny, white sap sucking insects frequently found in vegetables and ornamental plants. They excrete sticky honey dew that often forms an ugly black mould on the leaves. Whiteflies can transfer plant pathogens from one plant to another, for example viruses that can cause premature plant death. In small populations whiteflies do not cause large scale economic damage to the crop, however population explosions can cause leaf yellowing and death of the leaf and ultimately plany death.

Outbreaks will often occur due to changes in climate or when the natural biological control cycle is disrupted, in addition soft fast growing plant tissue due to extra moisture or fertilisers enourages outbreaks.

Insecticides only have a limited effect on whietflies as most only work when they come in direct contact with the whiteflies. Harsh synthetic chemicals will generally kill all the natural enemies of the whiteflies before they kill the whietflies themselves, thus encouraging population build ups. Ants and dust also encourage outbreaks.

Whiteflies breed all year around in Kenya, moving from one host to another when plants are harvested or dry up. It is most important to remove weeds from in and around crops as these often breed up, protect and perptuate the whietflies.

Whiteflies are attracted to tellow sticky traps, which need to be placed near the whitefly population, however sticky traps are unable to control outbreaks.

Dudutech supplies two Natural Insect Controls for you to release in your crops to bring back the natural biological balance, ENCATECH and NESITECH. These should be used prophilactically as a prevention of population build up.

The most effective Whitefly control is a combination spray of soft soap and LECATECH. The soft soap targets the adult Whitefly and the Lecatech effectively infects thewhitefly scales on the underside of the leaves. This combination is very effective at controlling outbreaks and at controlling small populations. Our Technical Liason Officers can give you the best advice on frequency and technique of application to make your Whitefly Problem a thing of the past.

A biological insecticide containing Lecanicillium lecanii, a naturally occurring Entomopathogenic fungus that is effective against whiteflies

Traps for control of flying insect pests. This product comes in Blue or Yellow depending on the target pest.

STICKTECH® Yellow cards are used as the “attract and trap” technique for control of flying insect pests. 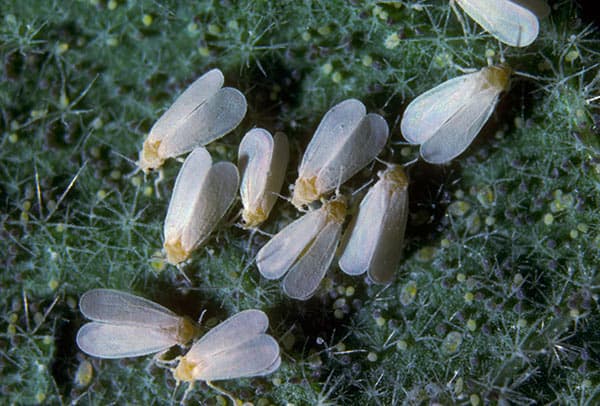