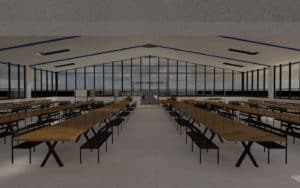 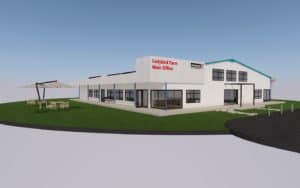 The office building will be home to operations, finance, commercial, HR and specialist services under its 720m² roof.

The canteen features a galley kitchen, cold store and seating for 150 spaced 1.5m apart under COVID-19 H&S rules. The buildings will bring the team closer together, driving our culture of team-spirit further.

S. carpocapsae is a powerful novel entomopathogenic nematode already in use in Europe and the US, and our production capabilities have helped create additional availability.

Cutworms (Agrotis spp.) and leatherjackets (Tipula spp.) are larval stage pests that damage vegetable, cereal and root crops by biting and feeding on the plant stems and leaves. To combat these pests, Dudutech has begun production and R&D of Steinernema carpocapsae a deadly pest-parasitic nematode that targets Agrotis spp. and Tipula spp. to complete their lifecycle. 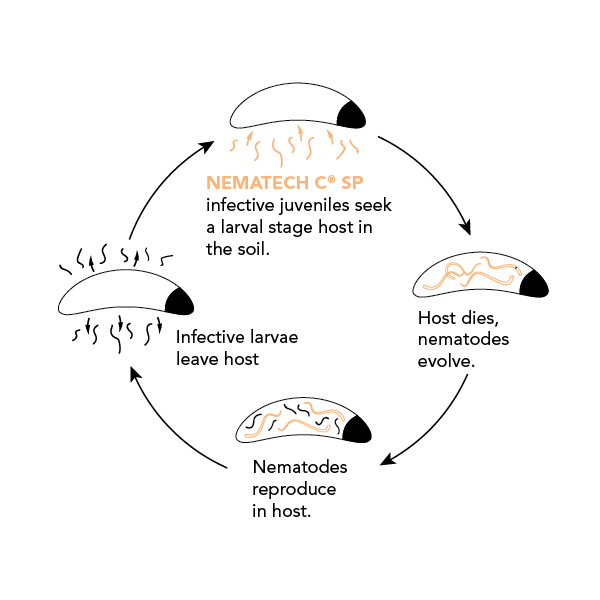 Watch this space for more news and information on “Nematech C” development.

As Catherine Gacheri prepares for her new role as “Regional Technical Manager”, we reflect on her history in IPM at Dudutech.

During her 21 year tenure at Dudutech, Catherine Gacheri has blazed a trail for IPM in Kenya and now Africa. Having worked in every part of Dudutech, Catherine is uniquely positioned – with a deep understanding of every step of the IPM product journey from R&D to in-field technical support. In 2022, Catherine will also take up an exciting new role as Regional Technical Manager.

As Dudutech expands further into new markets, the new position was created to provide customers with enhanced technical support and new product development. Catherine said, “the position offers an opportunity for career and personal growth.” As Regional Technical Manager, Catherine will also work closely with R&D, marketing and training to help farmers access information and advice.

Catherine joined Dudutech as a Field Trials Officer in 2001 after graduating from University of Nairobi with an BSc in Agriculture, although her first experience with biologicals came from ICRISAT (International Crops Research Institute for the Semi-Arid Tropics) where she worked with natural enemies for pest control. Starting with a research role, Catherine conducted some of Africa’s earliest field trials using these biotech solutions.

In one story Catherine told in an interview, she recalled isolating a natural enemy for aphids from her mother’s garden. In another, she spoke about her contribution to academia through her paper on what is now known as hotspot treatment that led to a new strategy that reduces the cost of natural enemy applications. (Read about the research here).

By 2002, Catherine’s role evolved into production management for the outdoor insectaries. This experience provided insight into how the mites and parasitoids behave and what makes them thrive. It also primed Catherine for the next 16 years of her career providing technical support to internal, external and international growers across Africa.

According to Catherine, the early to mid-2000s was an adoption phase for the IPM industry. “At that time, biological pest controls were a new concept to growers in Kenya. There was little information available,” she recalled. “The landscape was very much chemical focussed so we had to prove that it works.”

This challenge allowed Catherine the opportunity to develop close long-term relationships with the growers and share knowledge about IPM. “Despite the early hurdles, the farmers quickly realised the value of using biologicals and widespread adoption began among the commercial/export farmers,” Catherine commented.

As exportation began to Zimbabwe and South Africa, Catherine’s deep expertise was leveraged in the new markets and her role officially became “Field Technical Support East & Southern Africa.” Using the experiences gained in Kenya, Catherine was equipped to help growers transition to IPM. Her work in the region helped cement Dudutech’s position as a leading IPM supplier in Africa.

After 7 years in this role, she was promoted to Kenya Technical Sales Manager, bringing her closer to her family. Her existing experience and decades-long relationships with Kenyan growers meant Catherine was the best choice to drive sales in Kenya.

During her career, Catherine has invested in personal development and continued her education, attaining a MSc in Agricultural Entomology and a PG Cert. in sales and marketing from the University of Cape Town.

Forging strong relationships
In mid-January 2022, Dudutech hosted Phil Weller from Dudutech Zimbabwe and his customers, Chris and Ferdinand from Forrester Estate for a tour of Ladybird Farm in Naivasha, Kenya.

The trip aimed to provide a deeper understanding of the products and capabilities directly to the farmers. The group took part in a special guided backstage tour of Dudutech’s state-of-the-art facility including the outdoor and indoor insectaries, fungal and nematode production and quality control facilities.

Phil has been working with the Forrester Estate team for over 6 years to deliver sustainable crop protection to their 2,300 Ha of crops including peas, tobacco, blueberries, cereals, grasses and citrus.

“Our Dudutech trip was an eye-opener,” said Ferdinand (Forrester Estate), “it is truly amazing what growth the Dudutech team achieved with their vision, driven research and bold management. Ecological sustainability is the foundation of economic sustainability… There is much more we need to do: IPM, compost, worm farming, activated charcoal, green manure and crop rotation.”

To learn more about Dudutech in Zimbabwe, contact Phil: